The British Bigfoot and the Problem of Food 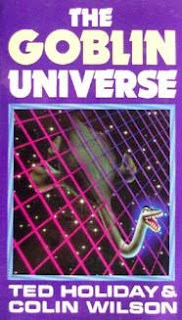 Holiday also discusses the report of one James Alan Rennie, who, in December of 1952 "...came across some strange tracks about a mile from Cromdale in Lower Speyside and took pictures of them. They ran across a stretch of snow-covered moorland. Each print was 19 inches long, and about 14 inches wide with about 7 feet between steps...He followed the tracks for about half a mile until they terminated at the foot of a pine. About 20 yards further on they resumed again on a piece of arable land which they traversed, then went down a hill to the river and finally terminated, spookily enough, opposite the village churchyard."

Holiday reveals that in Rennie's opinion the tracks were the result of "warm air coming into contact with cold air and producing blobs of water. The meteorologists, however, have never heard of such a phenomenon and have no idea how it might work."

Holiday also made an excellent point. Although his following words are directed at Bigfoot, they could easily apply to its British cousin (and perhaps more so, too, given the nature of the British Isles, its landscape and potential food supplies in the wild): "Real animals stay alive by eating. Giant primates, such as the gorilla, feed almost continuously during daylight, and in no dainty fashion...Bigfoot of the North American west coast, however, allegedly lives in coastal evergreen forests which produce low-energy food of the poorest quality. It is impossible to imagine this miserable fare could sustain a race of eight-foot-high anthropoids..."

Holiday's words are highly problematic for those who see the British Bigfoot as a flesh-and-blood animal. Where is the evidence of its massive feeding activities? The answer is simple: nowhere.
Posted by Nick Redfern at 11:21 AM