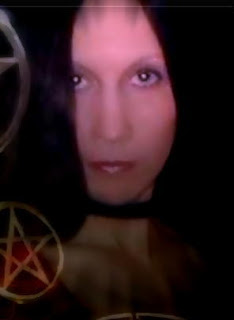 As some of you may know, the Center for Fortean Zoology has a Michigan-based representative: my good friend Raven. And just lately she has been doing a tremendous amount of work: writing articles, doing on-site investigations, establishing new links with people in the field, as well as setting up websites and blogs.
Does the woman ever sleep?! Probably not!
Anyway, over at her new Into the Shadows blog, Raven has an interesting new post titled Knock Knock Bridge, which is a study of a wealth of weirdness at a particular bridge not far from where she lives.
I like stories like this, as I've done a lot of investigations myself where high-strangeness has occurred at bridges - most famously from my own perspective at Bridge 39 on Britain's Shropshire Union Canal, where that most-mysterious, spectral British Bigfoot known as the Man-Monkey was seen in 1879.
And with that said, here's an extract from Raven's post:

"Today Jessica and I took a ride out to the Canton area to do a pre-investigation study of the Denton Road bridge and the surrounding area. There is so much history that lies just beneath the surface of that entire area that we'll have to do many investigations to cover even a portion it.
"As we drove through where the bridge is located,an eerie ambiance fell over the van. It was like we had just slipped into another dimension of time. With the exception of the newly built condos that now dot the land heavily, and the occasional jogger or bicycle, there is a stillness to the place that can only be described as otherworldly.
"We met a gentleman named Don who has lived there since 1963 and was not only able to give us a first-hand account of the folklore, but also had a wealth of knowledge regarding the development of the area as well.
"Don told us that the bridge was called 'knock knock bridge' by all the local children when he was growing up,because, as legend has it, if you knocked three times and waited,something spooky was bound to happen.
"From ghost lights to shadowy dark figures chasing cars, there have always been strange stories passed down from one generation to the next."
And here's the rest of Raven's post...
Posted by Nick Redfern at 1:24 PM